In a significant decision in Securities and Exchange Board of India v. Abhijit Rajan (19 September 2022), the Supreme Court of India has ruled that the motive on the part of the insider to seek profits is an essential precondition for a successful insider trading charge. Such a directive from the Supreme Court is likely to have implications for insider trading cases currently within the regulatory system, and also for the manner and extent to which the Securities and Exchange Board of India (SEBI) is likely to initiate actions for insider trading.

The facts of the present case are rather straightforward. Mr. Rajan was the Chairman and Managing Director of Gammon Infrastructure Projects Limited (GIPL). In 2012, GIPL was awarded a contract by the National Highways Authority of India (NHAI). Similarly, another company, Simplex Infrastructure Limited (SIL) received another contract from the NHAI. Both GIPL and SIL entered into shareholders’ agreements to implement their respective contracts. However, on 9 August 2013, the board of GIPL passed a resolution authorizing the termination of the contracts, which information was disclosed to the stock exchanges on 30 August 2013. In the meanwhile, on 22 August 2013, Mr. Rajan had sold about 144 lakhs (14,400,000) shares he held in GIPL, which became the subject matter of investigation by SEBI.

The securities regulator eventually passed an order holding Mr. Rajan to be in violation of the insider trading regulations, and thereafter also pronounced him to be liable to disgorge the number of unlawful gains to the extent of Rs. 1.09 crores. On appeal, the Securities Appellate Tribunal (SAT) overturned SEBI’s order, against which SEBI preferred the present appeal to the Supreme Court.

Two primary issues arose for consideration by the Supreme Court. The first was whether the information regarding the GIPL board’s decision to terminate the contracts amounted to “price-sensitive information”. The second was whether Mr. Rajan’s sale of equity shares in GIPL “under peculiar and compelling circumstances in which he was placed” would amount to “insider trading”, thereby inviting legal consequences.

“2(ha) “price sensitive information” means any information which relates directly or indirectly to a company and which if published is likely to materially affect the price of securities of the company.

Explanation.—The following shall be deemed to be price sensitive information:-

(i) periodical financial results of the company;

(ii) intended declaration of dividends (both interim and final);

(iii) issue or securities or buy-back of securities;

(iv) any major expansion plans or execution of new projects;

(vi) disposal of the whole or substantial part of the undertaking; and

(vii) significant changes in policies, plans or operations of the company”.

At stake is item (vii) of the explanation above. The Supreme Court did not display any hesitation in concluding that the termination of the agreements by GIPL fell within item (vii), as it indicated a significant change to the business plans of the company. Nevertheless, the Court inexplicably went on to draw a wedge between item (vii) of the explanation and the other items. It noted that while items (i) to (vi) “are likely to have an impact directly upon the financial strength of the company”, item (vii) stands apart “in that it is very broad and general in nature”. It observed that while the information listed in items (i) to (vi), without more, is likely to materially affect the price of the company’s securities, the same is not true of matters in item (vii).

In case of item (vii), “one may have to see whether there was any likelihood of the said information materially affecting the price of the securities of the company”. This would involve a consideration of whether the insider purchased (sold) shares when their prices were going up (down). The Court stated: “… one cannot ignore human conduct. If a person enters into a transaction which is surely likely to result in loss, he cannot be accused of insider trading. In other words, the actual gain or loss is immaterial, but the motive for making a gain is essential”.

With due respect, such a reasoning could be subject to incongruences. First, the Court draws an artificial distinction between items (i) to (vi) of the explanation on the one hand and item (vii) on the other. The fact that item (vii) appears more general than the others is insufficient of its own strength to bear the weight of that distinction.

Third, the Court’s treatment of item (vii) as a standalone provision creates a circularity problem. The explanation in regulation 2(ha) creates a deeming fiction by which the items set out therein automatically amount to matters that materially affect the price of the securities, that too whether or not they actually do. By reading in the requirement in item (vii) of a profit motive and the requirement of whether there was a likelihood of price being affected, the Court effectively renders item (vii) redundant, as one effectively has to fall back on the main portion of the regulation 2(ha) rather than the explanation. It is questionable whether this is consistent with the regulatory intention.

Fourth, and relatedly, the Court has artificially introduced profit motive as a precondition to item (vii) (and its impact on price sensitivity) when none ought to exist.

The Supreme Court agreed with SAT’s finding that Mr. Rajan “had no motive or intention to make undeserved gains by encashing on the unpublished price sensitive information that he possessed.” In doing so, the Court paid heed to particular circumstances involving Mr. Rajan’s sale of GIPL’s shares. At the outset, it was persuaded by the fact that Mr. Rajan sold shares when the termination of the contracts by GIPL was considered to be beneficial to it, thereby raising the likelihood of an increase in its share price. In that sense, the trade was contrary to what a profit-seeking insider may have undertaken, i.e., to purchase shares before the information regarding the termination of contracts was revealed to the market. Another important supporting factor was the fact that the sale of shares by Mr. Rajan was occasioned by the need to utilise the proceeds thereof to stave off the bankruptcy of the parent company of GIPL. In that sense, divestiture of shareholders to meet a necessity found favour with the Supreme Court in cushioning the impact of an insider trading charge.

While the broader logic of the Court’s analysis is understandable, the conclusion could lead to significant unintended consequences. The insertion of profit motive will make a fact-based determination crucial in insider trading cases. While the Court has itself sought to eschew the element of subjectivity (for instance, by declining to invoke the de minimis principle for materiality – at paragraph 37), the requirements of profit motive and necessity reintroduce a great deal of subjectivity through the back door. This may enhance the difficulty of adjudicating insider trading cases.

The jurisprudential evolution clearly demonstrates that adjudicating insider trading cases bears considerable complexity. The regulator and courts over the years have sought to streamline the application of insider trading regulation, especially given the daunting task of the regulator in discharging the burden of proof. Depending on one’s vantage point, the present ruling of the Supreme Court can be considered a setback or a much needed respite. However, some final observations are in order.

First, although the Court began by delineating the two issues of whether (i) the information in the present case constituted “price sensitive information”, and (ii) the sale by Mr. Rajan amounted to “insider trading”, in the end the analysis surrounding the two issues were conflated. The profit motive and necessity of circumstances pervaded as the common reasoning across the two otherwise distinct issues.

Second, as I have discussed elsewhere, several jurisdictions (India including) have adopted the “parity of information” approach to insider trading, whereby the focus is on the information that the insider had in possession while trading in securities of the company, and not on whether the insider in fact intended to violate the law. While the “parity of information” approach does call for exceptions in specific circumstances, the present Supreme Court ruling has the effect of a broader erosion of the theory by specifically requiring a mental element as a precondition to insider trading. To that extent, the judiciary has moved the needle away from parity of information approach that the regulator has sought to construct.

Third, the direct applicability of the judgment is confined to the erstwhile 1992 version of the SEBI regulations on insider trading. It remains to be seen whether (and to what extent) the ruling will have a play on the interpretation of the 2015 version of the regulations currently in force. 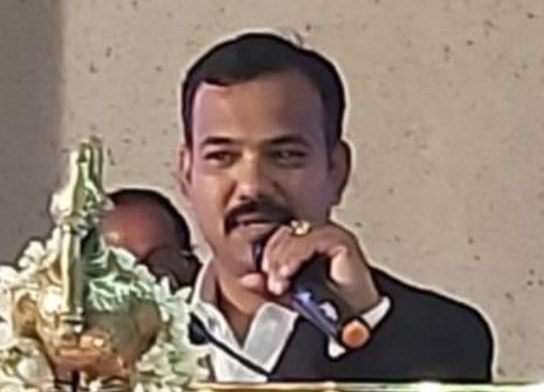