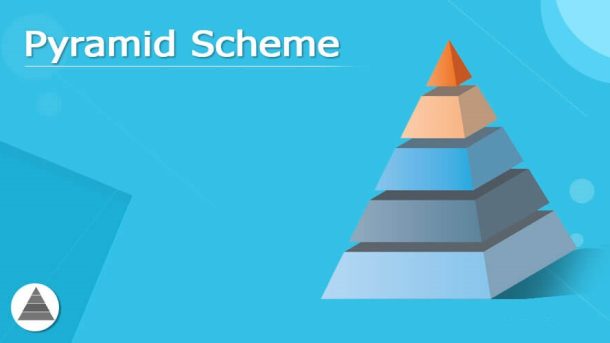 A pyramid scheme is a fraudulent business model in which new members are recruited to make investments, and a large proportion of the money is paid to earlier investors or recruiters, rather than being used for legitimate business purposes.

In India, pyramid schemes are illegal, and the government has taken several measures to combat them.

In pyramid scheme, new members are typically required to make an initial investment, and are then encouraged to recruit new members to invest as well. As more and more members join the scheme, the early investors receive a larger and larger share of the investment pool, while later investors are left with little or no return on their investment.

The Reserve Bank of India (RBI) and the Securities and Exchange Board of India (SEBI) have issued warnings to the public about pyramid schemes and cautioned them not to participate in such schemes.The government also has various laws to combat pyramid schemes, such as the Prize Chits and Money Circulation Schemes (Banning) Act, 1978, which makes it illegal to operate or participate in a pyramid scheme in India and The Direct Selling Guidelines 2016 by Ministry of Consumer Affairs to govern the direct selling industry.

It’s important for consumers to be vigilant and exercise caution when approached with such schemes, and to be aware of the warning signs of a pyramid scheme, such as high returns on investments, pressure to recruit new members, and a lack of transparency about the underlying business.

Think Before You Decide

My advice would be to avoid pyramid schemes altogether. If someone is offering you a “once-in-a-lifetime” opportunity to make a lot of money quickly with little effort, it is likely a scam. Instead, invest your money in legitimate and regulated financial products, and do your own research before making any investment decisions.