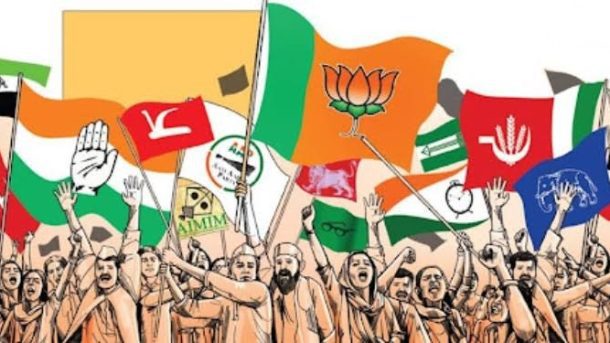 In India, political parties must be registered with the Election Commission of India (ECI) in order to participate in elections at the national and state level. The process for registering a political party involves submitting an application to the ECI, along with certain required documents. These documents include:

The ECI will review the application and documents and may ask for additional information or clarification if needed. Once the ECI is satisfied that the party meets all the legal requirements, it will register the party and issue a certificate of registration.

Some Famous Political Parties of India

These are some of the prominent parties in India, but there are many other regional and local parties that also participate in elections and play an important role in India’s political landscape.