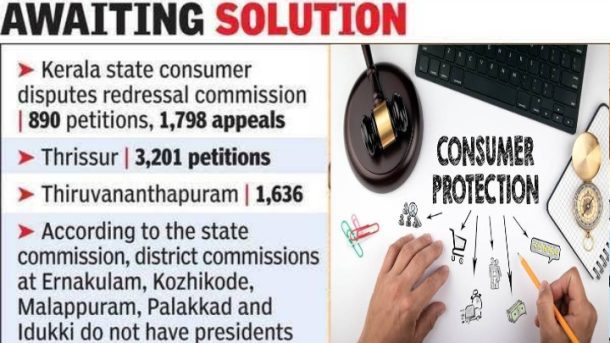 Kerala, a state located in the southwestern region of India, is known for having a high level of consumer awareness and a strong consumer protection laws and regulations. The state has a diverse population with high literacy rates and a relatively high standard of living, which has led to a culture of informed and discerning consumers.

Kerala is often referred to as a “consumer state” due to its high levels of consumption and high standard of living. The state has a relatively high per capita income, and its residents are known for their high levels of education, health care, and social welfare. This results in high levels of consumption, particularly in areas such as food, clothing, and housing. Additionally, Kerala has a relatively high population density, which further contributes to its status as a consumer state.

Consumer rights in the state of Kerala are protected by a range of laws and regulations that aim to ensure fair and safe practices in the marketplace. These laws cover various aspects of consumer protection, including the safety and quality of products, fair pricing and advertising, and the rights of consumers in disputes with businesses.

Consumer should always vigilant by ensuring the following points

• Always check for expiration dates and best before dates before purchasing any perishable goods.

• Be aware of false advertising and misleading claims on product packaging.

• Be cautious of products that are being sold at significantly lower prices than the market value.

• Avoid purchasing products that are packaged in damaged or tampered packaging.

• Be aware of the various laws and regulations that protect consumer rights in the state of Kerala.

• Be vigilant against counterfeit products, especially in the case of luxury goods.

• Don’t hesitate to file a complaint if you find any discrepancy with the product you have purchased.

• Be aware of your rights under the Consumer Protection Act and use them when necessary.

• Research the company and its products before making a purchase, to ensure that you are dealing with a reputable organization.

• Always keep the receipts and invoices of the products you purchase, in case of any disputes or returns.

In the state of Kerala, consumer rights are protected by the following laws and regulations:

• The Consumer Protection Act, 2019: This act provides for the better protection of the interests of consumers and for the settlement of consumer disputes.

• The Kerala Shops and Commercial Establishments Act, 1960: This act regulates the working conditions of shops and commercial establishments in the state of Kerala.

• The Kerala State Standards of Weights and Measures (Enforcement) Act, 1985: This act regulates the use of weights and measures in the state of Kerala and ensures that consumers receive accurate measurements of goods and services.

• The Kerala Pesticides Rules, 2000: This regulation ensures that the pesticides used in the state of Kerala are safe for human consumption and the environment.

• The Kerala Motor Vehicles Act, 1989: This act regulates the registration, licensing, and operation of motor vehicles in the state of Kerala and provides for the protection of the rights of consumers in the case of any accidents or incidents.

• The Kerala Apartment Ownership Act, 2005: This act regulates the ownership and maintenance of apartments in the state of Kerala and protects the rights of apartment owners and tenants.

In recent years, there have been several court cases in the Indian state of Kerala that have dealt with consumer rights violations and the protection of consumer rights. These cases have established legal precedent and have provided guidance for consumers and businesses on their rights and responsibilities. The following are a few examples of notable case laws related to consumer rights in Kerala.

There have been several notable case laws related to consumer rights in Kerala. Some examples include:

These cases set a precedence of consumer rights protection and consumers can approach consumer forums with their complaints if they feel their rights are violated.

Consumer rights violations are a serious issue in Kerala, as in many other places. There have been a number of instances of misleading advertisements, unfair trade practices, product defects, service issues, and food safety concerns reported in the state. To address these issues, the Kerala Government has taken several steps, such as enforcing consumer protection laws and regulations and creating consumer awareness programs.

Additionally, there have been a number of notable court cases in Kerala that have dealt with consumer rights violations and have established legal precedent for consumer protection. These cases have provided guidance for both consumers and businesses on their rights and responsibilities, and have helped to ensure that consumer rights are protected in the state.

In conclusion, by being aware of these laws and regulations, and their rights as consumers, individuals in Kerala can make informed decisions when purchasing goods and services and seek legal aid if they feel their rights have been violated. It’s important for consumers to be vigilant and aware of their rights to ensure that they are not taken advantage of by unscrupulous businesses.