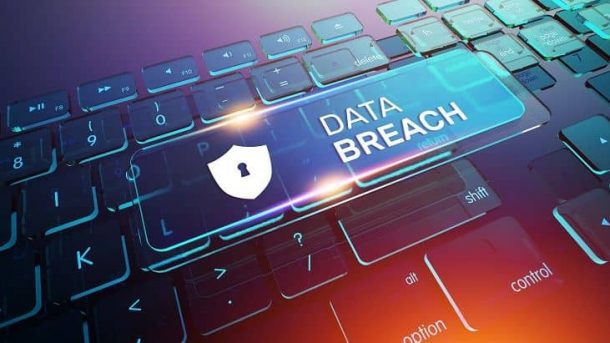 The 21st century has seen a dramatic increase in the number and sophistication of cybersecurity threats. Here are the 7 biggest threats that businesses and individuals need to be aware of.

Ransomware as a service

In the past few years, ransomware has become one of the most popular tools for cybercriminals. Ransomware as a service (RaaS) is a new business model that allows anyone with little to no technical expertise to launch their own ransomware attacks. All they need is to sign up for a RaaS platform and pay a fee (usually a percentage of the ransom they collect).

RaaS is a growing threat because it makes it easy for anyone to launch attacks. Cybercriminals can target any organization, no matter its size or resources. And, because RaaS platforms typically take care of all the technical details, ransomware attacks can be launched with little effort.

Ransomware attacks have become more sophisticated and targeted. Cybercriminals are now using RaaS platforms to launch targeted attacks against specific organizations. These attacks are often called “spear phishing” attacks because they use carefully crafted emails to trick people into clicking on malicious links or opening attachments that install ransomware on their computers.

Organizations of all sizes need to be aware of the threat of ransomware and take steps to protect themselves. This includes having a robust backup and recovery plan in place in case of an attack.

The Internet of Things (IoT) is a network of physical devices, vehicles, home appliances, and other items that are embedded with electronics, software, sensors, and connectivity enabling these objects to connect and exchange data.

In October 2016, a massive Distributed Denial of Service (DDoS) attack was launched against the Dyn DNS service using a network of IoT devices that had been infected with the Mirai malware. The attack caused widespread internet disruptions and took down major websites, such as Twitter and Netflix.

The IoT presents a unique challenge for security because there are so many different types of devices that can be connected to the internet. Each type of device has its own security risks and vulnerabilities. And, as the number of IoT devices continues to grow, so do the opportunities for cybercriminals to exploit them.

The cloud has become an essential part of business for many organizations. It offers a number of advantages, such as flexibility, scalability, and cost savings. However, the cloud also creates new security risks.

One of the biggest security risks associated with the cloud is data breaches. Because data is stored remotely on servers, it is more vulnerable to attack. In addition, cloud service providers often have access to customer data, which creates another potential point of entry for hackers.

Another security risk associated with the cloud is malicious insiders. Because cloud service providers have access to customer data, they could potentially misuse this data or sell it to third parties.

In addition, employees of cloud service providers could also be coerced into giving hackers access to customer data.

Organizations need to be aware of the security risks associated with the cloud and take steps to protect themselves. This includes encrypting data in transit and at rest, as well as using multi-factor authentication.

Cryptocurrency mining malware is a type of malware that infects computers and uses their resources to mine for cryptocurrency. This can slow down the infected computer and use up a lot of electricity. In some cases, it can even damage the computer.

Cryptocurrency mining malware is often delivered through phishing emails or malicious websites. Once the malware is installed on a computer, it can be difficult to remove.

Organizations need to be aware of the threat of cryptocurrency mining malware and take steps to protect their computers. This includes using antivirus software and avoiding clicking on links or opening attachments from unknown sources.

An insider threat is a threat to an organization that comes from within. This can be from an employee, contractor, or third party with authorized access to the organization’s systems and data.

Organizations need to be aware of the threat of insider threats and take steps to protect themselves. This includes monitoring user activity, requiring multi-factor authentication, and providing security training to employees.

Quantum computing is a type of computing that uses quantum-mechanical phenomena, such as superposition and entanglement, to perform operations on data. Quantum computers are able to solve certain problems much faster than classical computers.

Organizations need to be aware of the threat of quantum computing and take steps to protect their data. This includes using quantum-resistant cryptography and storing data in multiple locations.

A DDoS attack is a type of attack that attempts to make a computer or network resource unavailable to its users. This is done by overwhelming the target with traffic from multiple sources.

DDoS attacks can be incredibly disruptive and cause significant damage to an organization. They can also be difficult to defend against because the attacker can use multiple computers or devices to generate the traffic.

Organizations need to be aware of the threat of DDoS attacks and take steps to protect themselves. This includes having a DDoS mitigation plan in place and working with a reputable DDoS protection provider.